I am sure there are many lovely things about Kensal Green, but my good friend Dev and I went with only one thing in mind: dead people.  We wanted to see as many of them as possible.

Not in a zombie horror movie sort of way, more in a ‘will you look at the elephant on that tombstone’ sort of way.  I know it’s not for everyone, but for the discerning tombstone tourist* Kensal Green Cemetery is pretty much the most fun you can have visiting dead people without it becoming illegal.

Built in the 1800s it was the first of the Magnificent Seven garden cemeteries built in a ring around London to alleviate overcrowding in parish burial grounds.  And its 72 acres are beautifully manicured and jam-packed with variety.  It claims to be not only one of England’s oldest and most beautiful public burial grounds, but also its most prestigious.

It doesn’t have the large architectural flourishes of Highgate, but there are just so many interesting monuments in such a variety of styles that I think it is actually my favourite of the magnificent seven.  But don’t take my word for it, look at the pics, or – even better – visit it yourself…

‘Nothing fancy for me, thanks.  Just something simple…’

TO HER: something fittingly modest…  The back reads:  To the memory of Madame Soyer
Died September 1st 1812
Aged 32 years
England gave her birth
Genius immortality 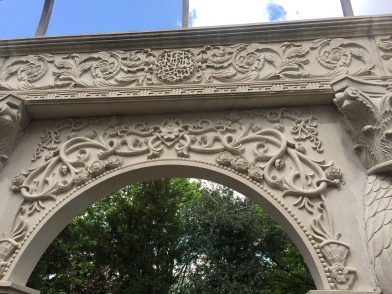 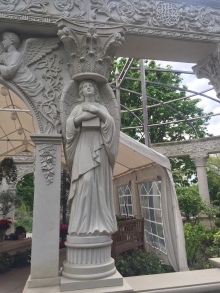 Simple and stunning – the grave of Thea Canonero Altieri 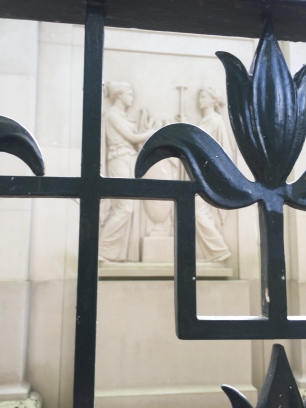 This is my absolute favourite – may we all hope to receive such a send off:  Major General the Hon. Sir William Casement KCB of the Bengal Council and member of the Supereme Council of India who after 47 years and six months of distinguished service partly in the field, partly as secretary government in the military department and finally as member of the Supreme Council, when about to returnm to his native country, crowned with well merited honors and distinctions, was swayed by a sense of duty to accede to the ??? instance of the Governor General in Council to defer his departure.  A step which exposed him to the attack of the fatal malady which terminated his valuable life at Cossipore on the 16th day of April 1844 in the 64th year of his ???.  In him the Government of India has to regret the loss of an able and upright adviser, the army of a steady friend, and the community at large of one of its most valued members.  His affliected widow records this tribute to his public merits.  Her own loss can only be ??? however imperfectly by those who knew his private worth.

If Kensal Green has lit your funeral pyre, don’t miss my blogs on Brompton Cemetery and Highgate and Nunhead.

* Thanks to Kelly Anne Mackay for giving me this phrase 😊 – you can read her own blog here.